The mantra “Buy American!” is making its way into restaurants everywhere. The proliferation of regional tastes beyond their actual borders is a result of pride for all things American, plus it helps alleviate concerns about the origin of certain foods. That’s why operators are scrambling to add these cuisines to their menus.

Chains, for one, are increasingly highlighting specific regions in their menu descriptions. Pizza sauces, glazes, dipping condiments and other accompaniments are being identified as regional to emphasize flavor differentiation. And the popularity of ultra-spicy Southern Chicken items is guiding menu developers toward other bold regional flavors, from hot to spicy to sweet.

What consumers are craving.

According to Technomic Center of the Plate, pork is still the consumer favorite protein for BBQ. Other pork facts include:

36% Consumers who say they like to explore regional varieties of mainstream cuisines in order to try new foods and flavors.1

50%+ Consumers who are more likely to order protein dishes with regional or ethnic flavors.1

32% Consumers who would be willing to pay extra for authentic ethnic or regional fare.1

Restaurant menus will continue to explore the regional foods and flavors of the American melting pot and adapt to consumers’ flavor preferences. These ingredients and preparations will reflect various ethnic influences, especially for Southern-style cuisine.

BBQ styles are a prime example of regional flavors that garner popularity beyond their borders. Consider these:

Texas Style – Popular overall, but more popular in the South and West

Tennessee Style – Growing in preference due to the trend of alcohol-infused sauces and foods, such as whiskey flavor 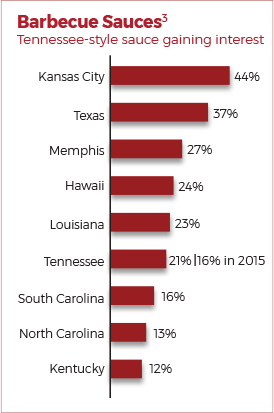 Everyone has their favorite pizza style. But believe it or not, some Chicagoans like New York-style pizza, and vice versa! Consumers are expressing interest in authentic regional food and flavor variations; in fact, chains that specialize in specific regional-style pizza have been growing and expanding their presence out of region. In addition: 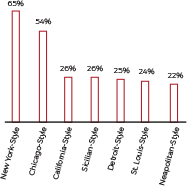 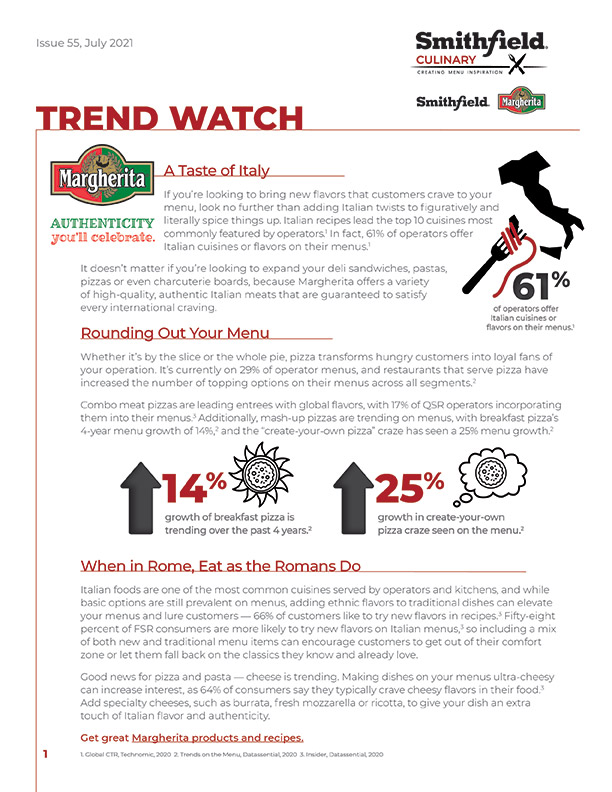 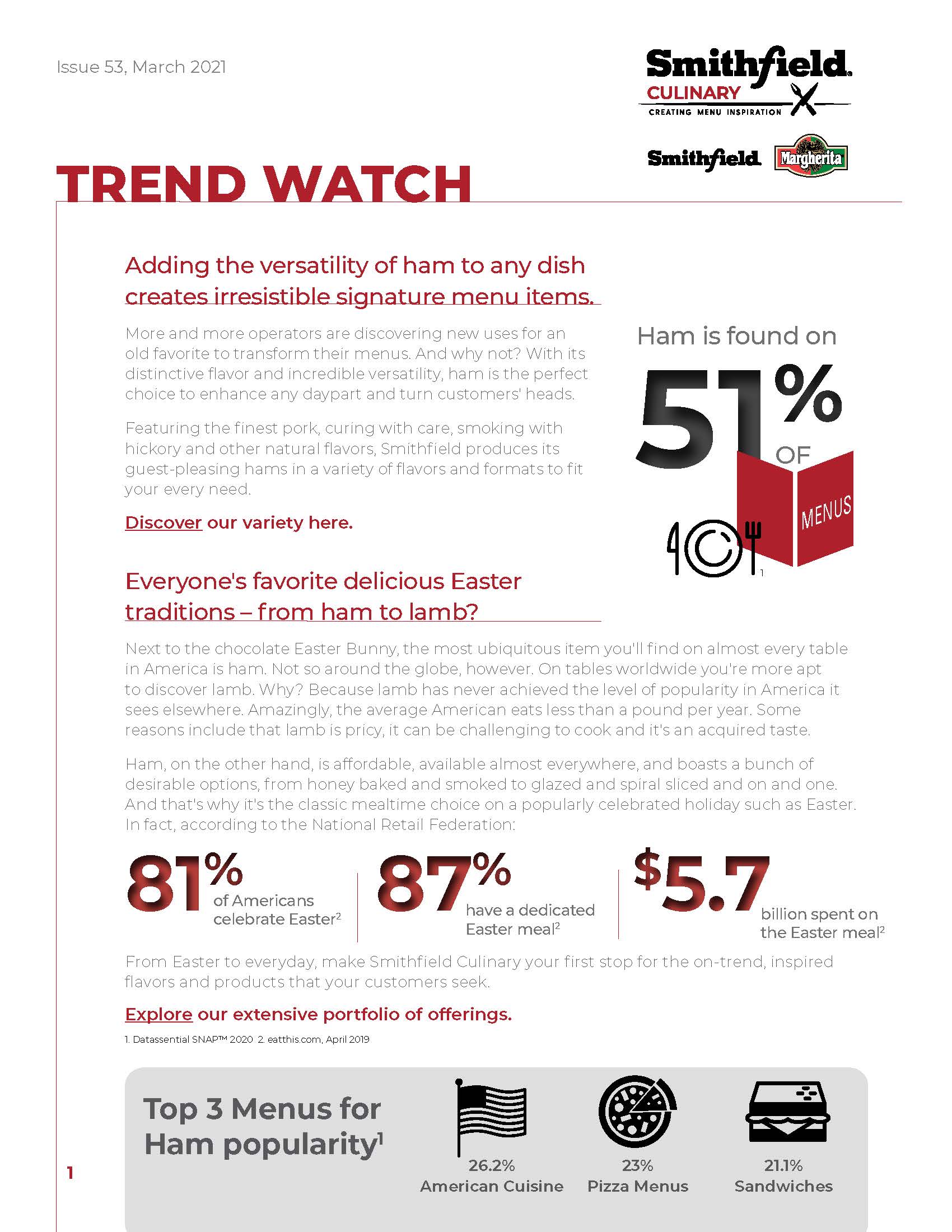 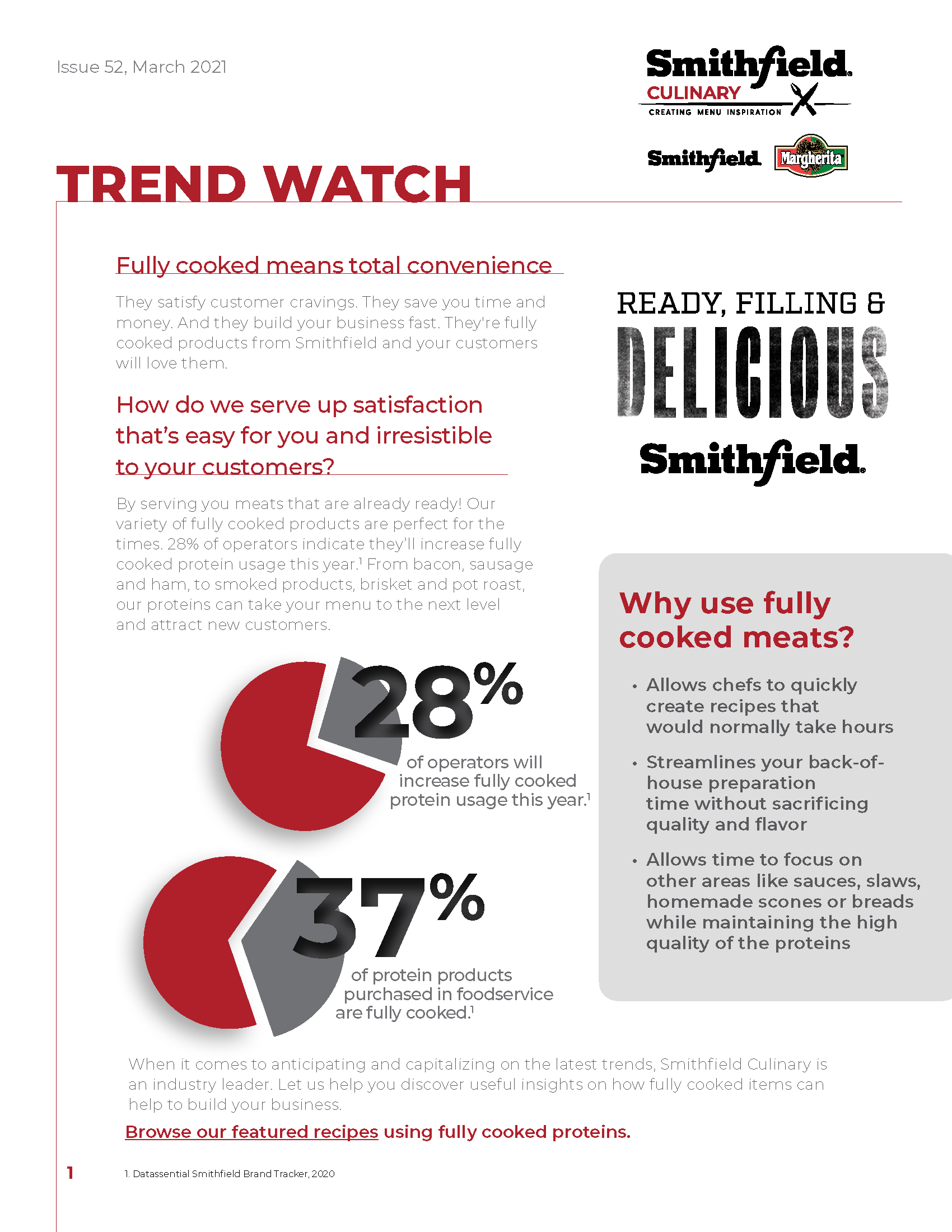 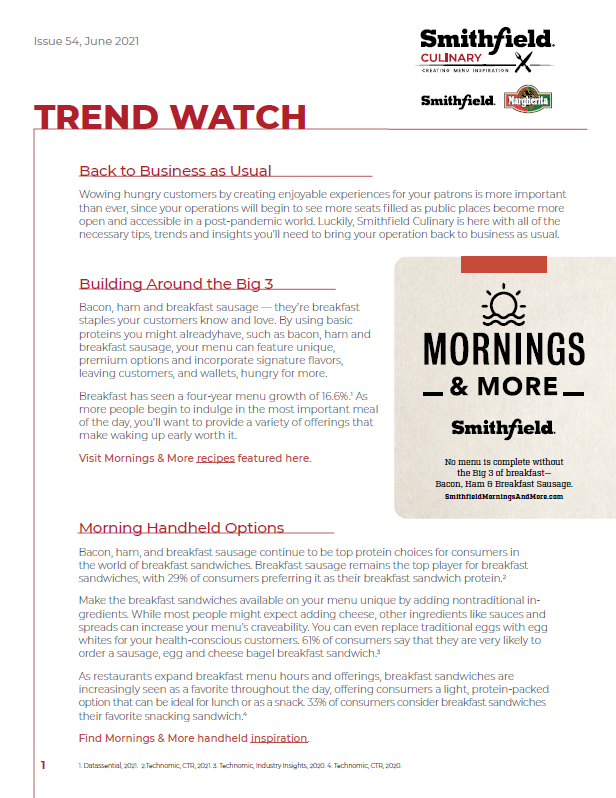 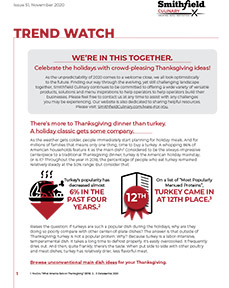 Email Updates Get Smithfield recipes and menu ideas in your inbox.